Kalon Milne says, “I was originally going to get it removed so I could tattoo over it, but it’s worked so well.”

Mr Milne has lots of other tattoos which he loves.

These include a huge, detailed piece on his back which was done by a Buddhist monk.

“I like more of an old-school style,” he said. 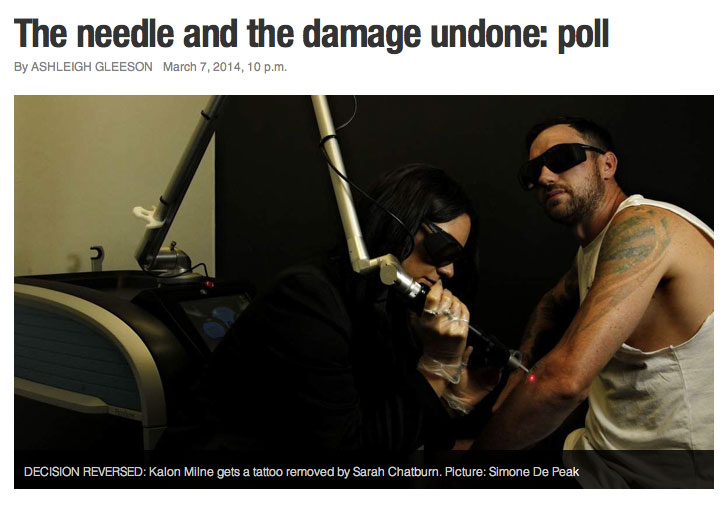